Would you like to switch to the accessible version of this site?

Don't need the accessible version of this site?

Couples on the Brink of Divorce: Choosing the Best Path Forward 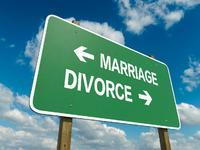 Couples on the Brink of Divorce: Choosing the Best Path Forward

I’ve been a marriage and family therapist for over 15 years now, so I have lost count of the times couples’ first sessions of therapy started with a statement by one (or both) spouses that they were strongly considering ending the marriage. To be completely honest, the approaches to couples therapy (also referred to as marriage counseling) I learned in graduate school did not give me a clear understanding of what to do for these couples, besides the three options of telling them to let me know when they decide they are ready to work on the marriage, attempting to convince them that the marriage was salvageable (as if I knew at that point…), or perhaps launch into an attempt at couples therapy knowing that at least one spouse did not have their heart in it.

I quickly learned that none of these strategies were really helpful beyond potentially allowing the spouse who is wanting to end the marriage to have a level of satisfaction that they ‘tried counseling’. The couples who left these sessions and soon started a divorce process were given neither real help in knowing if they were making the right decision for themselves or their families, nor assistance in preparing for the road that lies ahead in the event of a divorce. I slowly over the years began using different approaches with these couples, usually including some individual sessions with both spouses (assuming both were willing to attend) to focus on their individual perspectives, experiences, and roles. I perceived this to be more helpful, but still wondered how helpful these sessions were. There was no clear research or literature for us about this type of couple.

I was beyond thrilled, then, a few years ago to learn about Dr. Bill Doherty’s research out of the University of Minnesota’s Marriage and Family Therapy Program focused on “Couples on the Brink”, and his subsequent development of an actual model and procedure outline for therapists working with these couples. He accurately labeled his model “Discernment Counseling”. ‘Discernment’ here essentially means to make a thoughtful decision. After completing this training and becoming a Certified Discernment Counselor, I finally feel confident that my field has a helpful therapeutic process for these “couples on the brink”. I encourage all of my colleagues who work with couples to complete at least the Basic Level of Discernment Counseling training. I also strongly encourage anyone considering a divorce to engage in at least a single session of Discernment Counseling before making a final decision. (See www.discernmentcounseling.com for training information and a referral directory.)

How is Discernment Counseling Different from Couples Therapy/Marriage Counseling?

Effective couples therapy occurs when both spouses are, at least on some level, willing to lean into a process of understanding how to create a relationship that is 1) characterized by emotional connection and intimacy and 2) maintained by vulnerable communication and intentional navigation of challenges and conflicts. Some level of vulnerability of both parties is essential to this process, as is a time commitment and willingness to be patient with the process of unpacking problems of the relationship, and understanding how to change the negative patterns that have held the relationship back in the past. When one or both spouses are strongly considering divorce, though, it generally means they don’t believe any level of vulnerability is safe (“I can’t trust him with these needs”), possible (“We can’t do that- it always ends in conflict”), or beneficial (“Telling her will make no difference”). Further, the spouse who is heavily leaning out is very prone to leaving couples therapy as soon as the problems are ‘unpacked’ because he or she feels so overwhelmed by the volume of what is there to ‘unpack’  and/or hopeless about the potential for meaningful change in the relationship. Traditional couples therapy, therefore, is often not experienced as helpful for these couples, and may in fact exacerbate conflict and expedite a divorce because it triggers so much emotional injury and/or confirms to the leaning out person that there is no chance of change.

Discernment counseling, on the other hand, does not require a time commitment beyond each individually scheduled session, nor does it require any significant vulnerability toward the other spouse. It is designed to be a short-term process, typically 1-5 sessions with each lasting 1.5-2 hours, to help clients make a decision regarding the future of their relationship. Discernment counseling is also not technically intended to change anything about the relationship, only help the partners understand the relationship with sufficient clarity and confidence that they can make a decision about its future. The Discernment process assumes there is a sense of urgency for the partners to determine where they are going with their relationship- staying in a state of ambiguity in a relationship too long is not only incredibly stressful for the individuals, but it also increases the chances of the building up of resentment and negative emotions that sometimes erupt like a volcano- and can cause a similar degree of damage. A significant benefit of Discernment Counseling is its ability to defuse these emotional build-ups and allow couples to begin down either the path of intense couple therapy or divorce prepared to bring their ‘best selves’ into either process.

Another important distinction between couples therapy and discernment counseling is how information from both parties is handled by the therapist. Most couples therapists adhere to some version of a “no secrets” policy, meaning they cannot ethically keep important information from either party. In Discernment Counseling, though, it is assumed that both parties may have a need for confidential conversations with the therapist regarding topics such as affairs, feelings about the spouse, etc. During the discernment process, the therapist should not be sharing this information between the spouses. Both spouses are given the opportunity to speak openly and freely regarding all factors that influence their decision about the relationship. Without confidence in full disclosure, the process is much less valuable.

If Discernment Counseling Isn’t Intended to Improve the Relationship, What is the Intended Outcome?

There are three primary goals of Discernment Counseling. First is a sense of clarity and confidence for both partners in their understanding about the marriage, including what has led to its current state and one’s own role in that process. The power of this aspect of Discernment Counseling is that it allows couples to make this life-changing decision about their relationship based on real information about themselves and their partner instead of emotional reactions and assumptions about their partner. Many people enter a divorce process in an intense emotional state, often very similar to fight or flight reflexes. These emotions and reactions are the fuel of ugly, hurtful, traumatizing, and expensive divorces. Pausing the process long enough to have better clarity about how the relationship got there can allow both parties to step out of a vicious cycle of blame, defense, and hurt to see other options.  More than half of the discernment cases I see transition into couples therapy- discernment counseling gave them a new and more hopeful way to see their relationship so they begin the process of rebuilding (or sometimes building for the first time). Even those who elect to divorce after Discernment Counseling are able to do so in a much more humane and non adversarial ways, stepping out of the cycles of hurt that killed the marriage.

The second goal is for both partners to have a realistic picture of the three potential paths in front of them (status quo, commit to couples therapy, or begin divorce process). Many couples in a discernment process have not previously attempted couples therapy. After learning about their relationship, a discernment counselor can talk through how a trained couples therapist would approach their situation and help them reach their goals in the relationship. Some couples have attempted therapy together before, and believe it didn’t work, which has left them hopeless. A part of discernment may be to examine what might have prevented past counseling/therapy from being helpful. Sometimes couples recognize that they weren’t working with a therapist who was skilled in couples therapy, while others recognize they did not have reasonable expectations from the process and may have quit too soon. Others couples are able to confirm together that they did, in fact, engage whole-heartedly in good couples therapy, but both arrived at an understanding that their relationship is dead and no amount of CPR will bring it back to life. Many couples are also surprised to learn about the number of alternatives to litigated divorce, such as early intervention mediation and collaborative divorce, that are appropriate for many couples who elect to divorce after a discernment process.

Lastly is the goal for both parties to be able to bring their best selves into any future interactions or relationship, whether that be a divorce process, co-parenting after a divorce, or a renewed marriage together. Couples who are on the brink of divorce as almost always locked in very negative patterns of communication and action, which severely limits what they see in each other as well as they types of behaviors they elicit from each other. Bringing your best self forward means moving from a reactive understanding of the relationship (“I do this because you do that”) to a proactive understanding (When I do this, you do that). It also means having clarity about the values that guide your words, actions, and beliefs regardless of the actions of anyone else.

What Should Couples Expect in the Discernment Counseling Process?

During the initial 2-hour session for discernment counseling, partners meet for 30-40 minutes together with the therapist to provide an overview of the relationship history and answer a few specific questions together. This time together is also used to clarify the purpose and process of discernment counseling, as well as review the somewhat unique confidentiality agreement for the process (see above). The therapist then divides the remainder of the session between the spouses for individual conversation, focused on understanding their individual experiences and perceptions of the relationship and their roles in each of the potential paths forward. A brief 5-10 minute closing with the couple together includes the opportunity for each partner to share a summary of what they have learned and/or where they are in their individual discernment about the relationship, and determine if they wish to schedule another discernment session or begin the transition toward a selected path forward.

Couples on the brink of divorce are well aware they are facing a significant choice- for themselves and often for others, including children and extended family members who are impacted by a decision to divorce. Discernment counseling allows a couple to pause the process long enough to feel greater confidence in the decision made, an understanding of how the relationship has reached its current status, and clarity regarding what each path forward can look like for the relationship. Discernment counseling significantly increases the likelihood that, later down the road, regardless of the path ultimately chosen, spouses will feel more confident that the best choice was made for their relationship and both spouses are positioned to bring their best selves forward for the chosen path.

Institute for Couple and Family Enhancement